f any copyrighted/protected content is published, please contact us at tgdcmailbox@gmail.com for immediate removal. Thank you. Have a great day.

It’s finally here, the moment rap music and Hip Hop culture has been waiting for: the world’s most dangerous group gets to tell it’s story. END_OF_DOCUMENT_TOKEN_TO_BE_REPLACED

END_OF_DOCUMENT_TOKEN_TO_BE_REPLACED 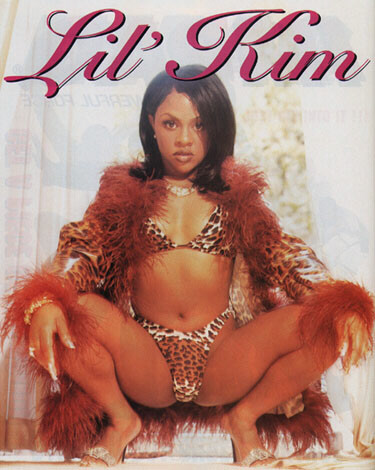 We all know Nicki Minaj “won” her “rap” battle against “Lil” Kim. In fact, there’s a pretty good chance that Lil Kim is UPSing her next shipment of ‘Black Friday’ mixtapes or more likely, working on ‘BF2’ right now, as we “speak.” Actually, though, let’s first be clear on rap beef in 2011.

It’s not about being particularly talented or skilled any longer. These days, it’s all about the reach of one’s showmanship. In other words, to today’s audience, a C-grade iPhone sex video or a truth-telling tax return is more appreciated than a clever punchline or well-timed insult. Beef seems so contrived & unimaginative nowadays that I prefer “subliminal” or sneak disses, because that leaves the intended target open to my own interpretation. Hell, it’s not like they’re going to do more than drop a few room temperature tracks and eventually kiss and call a truce – in the name of “Hip Hop” – anyway. That’s the new formula. Also, that’s not rap beef; that’s Hip-Hopera slap-boxing.

As far as the Lil Kim And Nicki Minaj feud is concerned, their war of words had less to do with words per se, and more to do with the ongoing catfight for female entertainer prominence in Hip Hop. Lady rap is almost a non-existent component in Hip Hop music, like DJ’s and breakdancing, unless you include Fergie, which I most certainly do not. Whoever can secure that position is almost guaranteed success, simply because the competition isn’t as intense as in the male circuit. If you toss in the right gimmick – like coy yet ambitious cleavage, with hints of baby oil in the proper lighting – one usually wins by a distracted default. It happens all the time in sports.

That said, some argue that Nicki Minaj “won” because she is a better lyricist. (Without beating a dead horse, I’ll say I disagree with that point, but nonetheless she is victorious.) She’s (surprisingly) sold well beyond 1 million copies of her first major label release (if that means anything to you), while Lil Kim took “us” on a bizarre mixtape campaign, complete with autographs and paid postage deliveries. At this point, it’s an “apples and oranges” situation, and the young, firm apple is making all the right moves.

Apart from the momentary spotlight that inevitably fades, some things are permanent fixtures in the Hip Hop foundation and can’t ever be replaced or deleted by a few popular records or well-positioned television appearances. Lil Kim has been associated with moments in Hip Hop culture & rap music that make her a part of it’s literal history, so even if she is going a little Lauryn Hill on us, we all know the true story behind the music. Nicki Minaj is the future, no question about it. However, Lil Kim is and will always be the queen.

She Rapped Side By Side With The Illest-
Notorious B.I.G is heralded as one of the greats, and your opinion (as well as mine) means nothing. After so many years after his death, and so many generations of rappers coming & going, Lil Kim is the lone familiar face that can still tell us believable stories about being in the studio – or doing whatever – with Christopher Wallace. When people spin their legendary tales of Biggie Smalls, you have to figure that she was there at least some of those times. & not for nothing, but it’s been brought to my attention several times that all the girls Biggie was rapping about having sex with were probably all just Lil Kim, at different times.

She Went To Jail For Not Snitching On The Homies-
In 2001, a record called ‘Bang Bang’ caused some conflict between C-N-N & Lil Kim’s camp. Outside of radio station WQHT-FM (Hot 97), a “gang fight” ensued between the 2 crews as a result, & shots were fired. Footage even captured the crime for documentary purposes. However, when questioned by a judge, Lil Kim didn’t tell on her friends. Whether that’s good or bad is neither here nor there, because eventually she reneged on her position. But not before serving 10 months in jail for perjury.

She Was Rap Music’s Original Barbie (As In Plastics)-
Lil Kim’s rise to fame occurred during the height of the materialistic 90’s, when not only was it about what you had, but also about how much more you’d be getting. Plenty of music afficianados blamed Sean Combs’ guerilla-style Hip Hop takeover for it’s need to become the Jones’. Others said Hip Hop had been in the shadows for years, & we were celebrating it with $500,000 cars and $1000 bottles of french champagne. Either way, cats were blowing monies fast on on personal effects, and Kim did the ultimate one-up; she bought a new face to match her new breasts. Your 22 inch rims will never sheen with ignorance like a brand new face will. That, my friends, is how you stunt. In Nicki’s defense, though, there are rumors about her augmentated pieces and what have you, but fuck all that hearsey. Kim’s been under the knife, multiple times, on some Hip Hop shit.

For what it’s worth, I think Lil Kim should’ve bowed out of “rapping” gracefully, before she allowed this latest promotional stunt to grow legs. That didn’t happen, so this may be all we’re left with. Thank me later. (No pun intended.)

END_OF_DOCUMENT_TOKEN_TO_BE_REPLACED

Of course you are. Welcome to TonyGrands.com

Enjoy your visit and stay as long as your wife lets you.